Success also came at county level with county honours going to club members in the Surrey Women’s Championships in the 1940’s, 1950’s, 1970’s, 1980’s and 1990’s and in the Surrey Men’s Championships in the 1990’s. More recently, Martin Jewitt was Runner-Up in the Surrey Secretaries Championship in 2005, Rachel Winter was the Under-25 Pairs Champion in 2007, 2011, 2012 and 2013, Runner-Up in the Under-25 Singles and Under-31 Palm Trophy in 2012 and Under-25 Singles Champion in 2013. In 2015, Jonathan Winter became the Surrey Unbadged Singles Champion, the youngest ever to do so. In 2019, Barry Willingham, Pete Wilson, Martin Jewitt and Neil Winter, helped by Richard Simioni who played as a substitute in the 1/4 and 1/2 Finals, won the Surrey Senior Fours Competition, going on to represent Surrey at the National Championships where they reached the last 16 in England. In 2021, Neil Winter won the Surrey section of the National over-55 Singles, going on to represent Surrey at the National Championships at Leamington Spa.

In 2018, club members reached an unprecedented 5 District Finals, finishing as Runners-Up in the Champion of Champions, the Open Singles, the Men’s Pairs, the Mixed Triples and the Men’s Fours.

In 2019, incredibly club members went even further reaching 6 District Finals, winning the Men’s Singles, Men’s Pairs and Men’s Triples and finishing as Runners-Up in the Ladies’ Singles, Mixed Singles and the Mixed Fours.

Due to Covid restrictions there were no district competitions in 2020, but in 2021 once again club members made it to 5 District Finals winning the Champion of Champions, Mixed Singles and Mixed Pairs and becoming Runners-Up in the Over-55 Mixed Pairs and Mixed Fours. 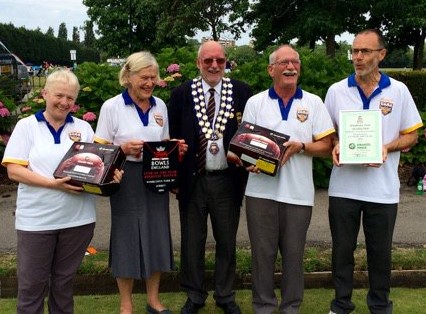 In 2014, Bowls England, the National Governing  Body of the sport of lawn bowls, recognised the achievements of Wimbledon Park by awarding  them regional winners for the South of England  and 3rd place overall in the Bowls England ‘Club  of the Year’ competition. 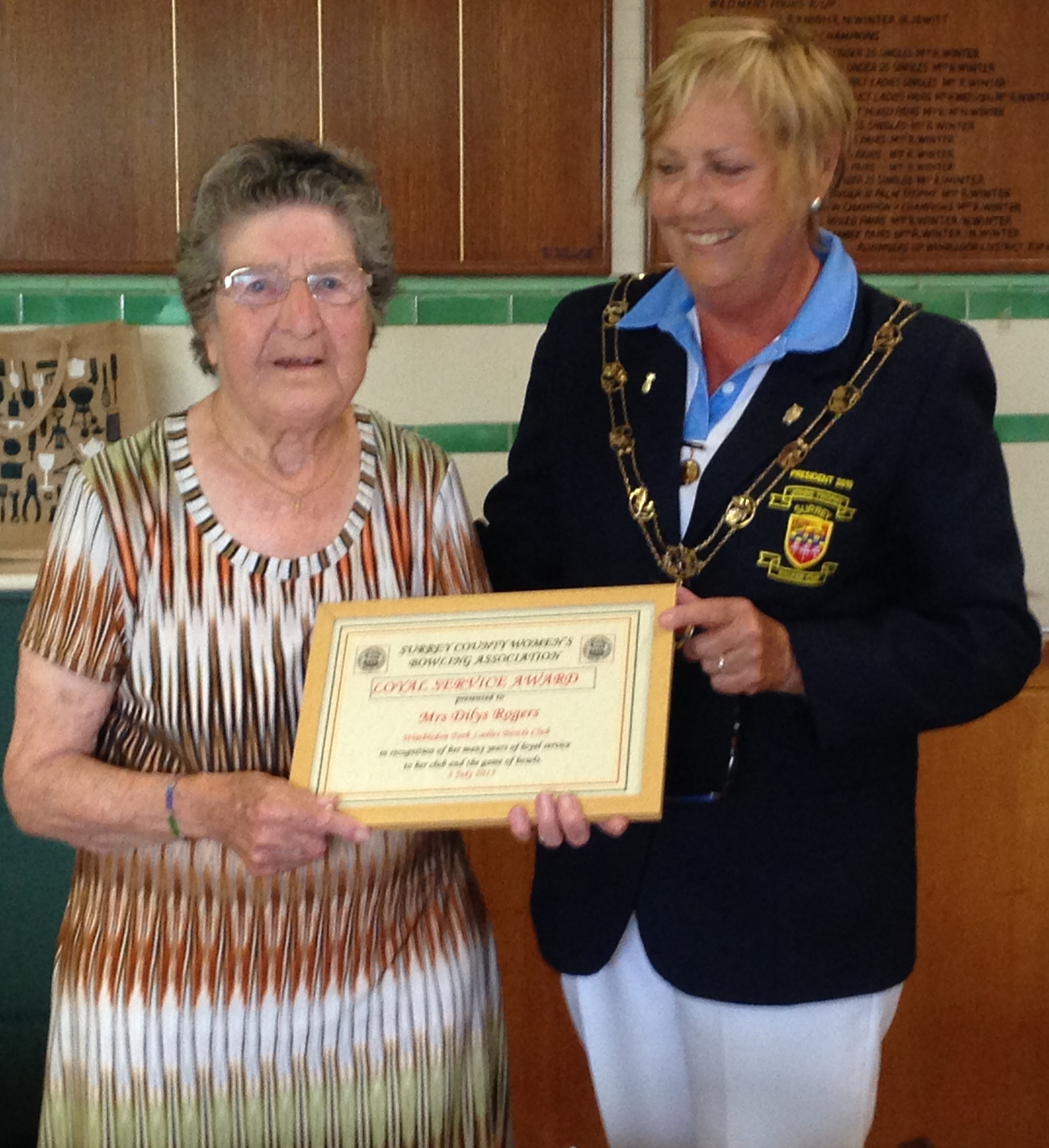 In 2015, Dilys Rogers was honoured by the Surrey Women’s Bowls Association receiving their richly deserved ‘Loyal Service Award’, following her 34 years service to both Wimbledon Park BC and the county of Surrey. 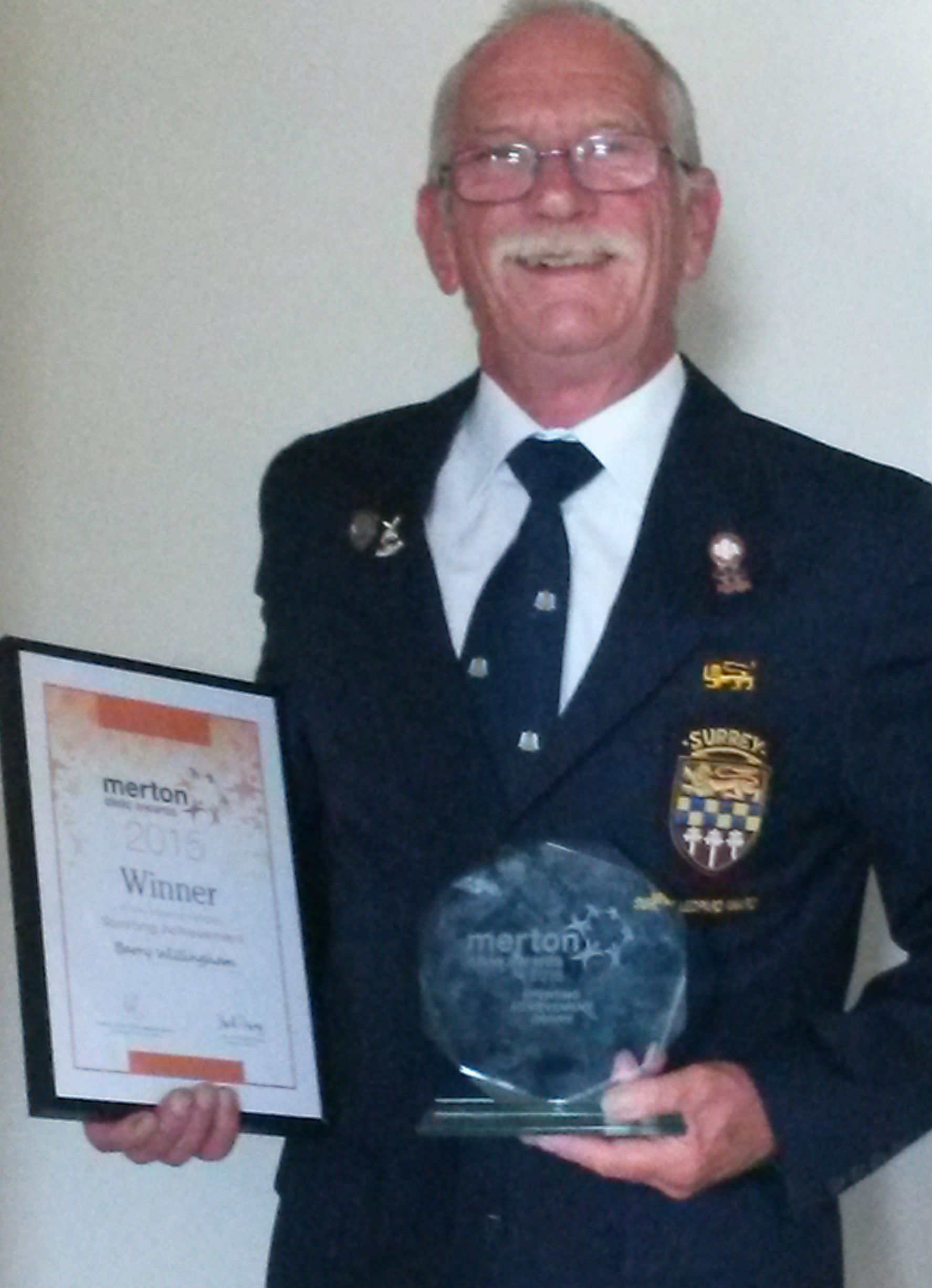 In 2016, following his success as the youngest ever Surrey County Unbadged Singles Champion, Jonathan Winter was placed 3rd in the Merton Sportsperson of the Year competition. Betty Aldrich received her ‘Long Service Award’ from the Surrey Women’s Bowls Association in recognition of over 30 years service to Wimbledon Park Bowls Club.

In 2017 the club were Runners-Up in Surrey in the Bowls Tours ‘Excellence Award.’