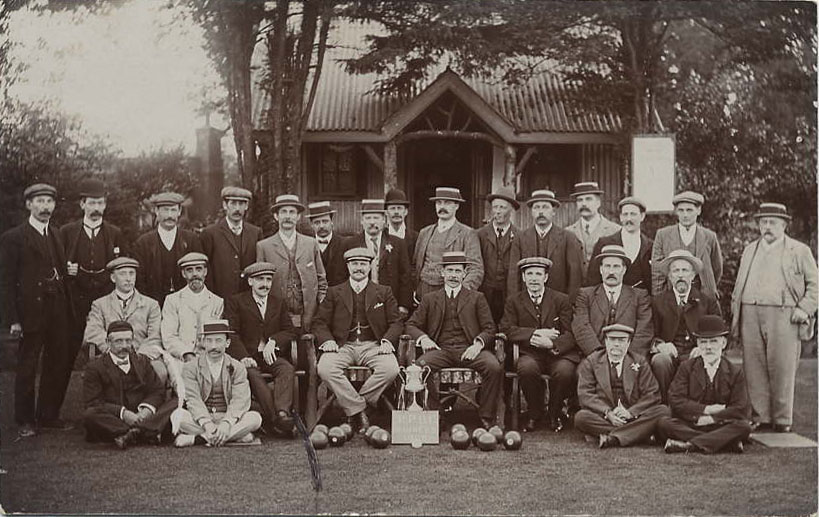 Wimbledon Park Bowls Club in 1909 – back when it all began.

In 2014, Bowls England, the National Governing Body of the sport of lawn bowls, recognised the achievements of Wimbledon Park by awarding them regional winners for the South of England and 3rd place overall in the England Bowls ‘Club of the Year’ competition.

In 2015, Barry Willingham won the Merton Civic Award for Sporting Achievement whilst Dilys Rogers was honoured by Surrey Women’s Bowling Association with their Long Service Award having contributed to club and county for over 30 years.

In 2016, Betty Aldrich was also honoured by Surrey Women’s Bowling Association with the Long Service Award in recognition for her 30+ years serving Wimbledon Park.