What a Wonderful Day at Wimbledon Park 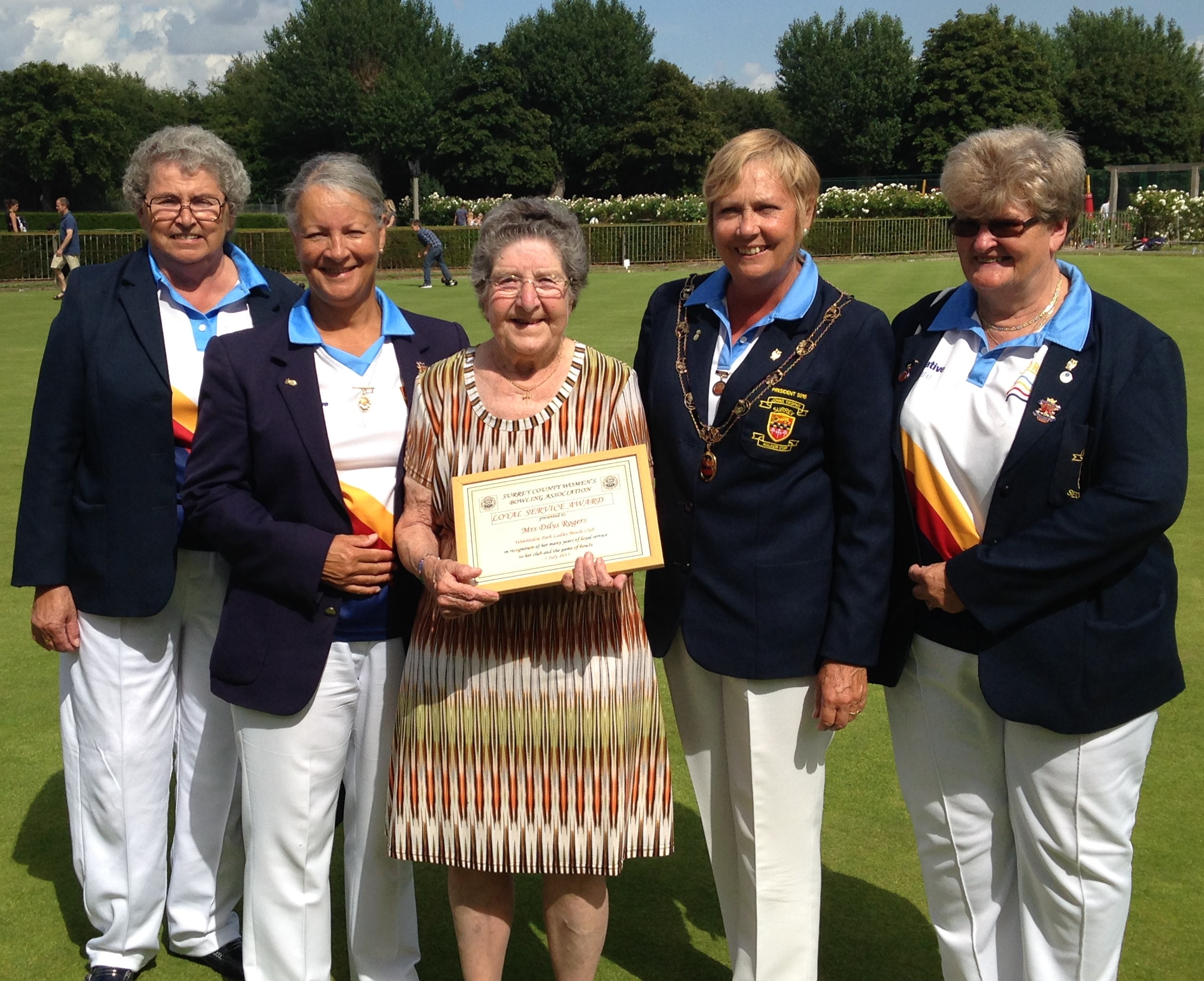 This afternoon Wimbledon Park was the place to be for celebrations. First at 1pm we welcomed County Men’s President, John Tucker, to the green as he presented the club with their Bowls England award for being Regional Winners and 3rd place in England in the 2014 ‘Club of the Year’ Competition. This is a tremendous achievement for Wimbledon Park as they became the frst club in Surrey to achieve this award.

At 3pm, the club welcomed the Surrey Ladies’ President, Zoe Hollins, and her presidential team, who honoured Dilys Rogers for her commitment to bowls in Surrey with the Surrey Ladies Bowls Association’s ‘Loyal Service Award’. Dilys, who has been a loyal member of Wimbledon Park for the past 34 years also had her 90th birthday celebrated by club members. (Photos are displayed in the 2015 Gallery, Award Winners Section).

In the evening Neil played Wandilea in the Wimbledon and District Mixed Singles, booking his place in the quarter-finals with a 21 – 8 win.

A tremendous day for the club – thank you to everyone for their continued support.

Away Win in the Weekend League

District Pairs - Down to the Wire!

No Replies to "What a Wonderful Day at Wimbledon Park"

Got something to say? Cancel reply